I adopted Buck, a desert tortoise, the end of August 2018 and wanted to let you know how he is doing.  Buck is now know as Peppe, and he is THRIVING! ! I think he might be a little spoiled…maybe.  First, I built his enclosure which is landscaped with some native desert plants and have future plans to enlarge the area.  Next, I built him the “summer cottage” an above ground burrow to shelter in.  Shortly thereafter I thought he needed something that offered a bit more protection from the cold winters and very hot summers, so I built him the “deluxe” underground burrow, which is where he hibernated this past winter. Peppe has a HUGE appetite and loves the native grass and willow tree flowers (his favorite).  He has almost devoured a whole aloe vera plant!  I know it may sound a bit strange to some, but this little guy (yes, a desert tortoise) has a personality!  He is such a kick!  Thank you so much for allowing me to adopt Peppe! 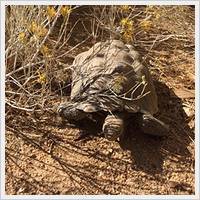 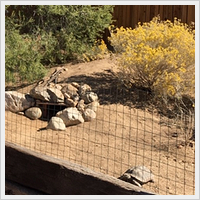 Exclude From Search
No

Do you have any old hard drives or cell phones you’d like to get rid of?  Now, we can also shred HARD DRIVES & iPhones.  Just take the HD out of your computer, and we’ll shred it during our paper shredding appointment, just $10 each HD!

Please help us social distance by putting your documents by the front door of your office or the forward part of your garage. We’ll stay six feet away from each other, to help stop the spread and flatten the curve. Easy Peezy:) Click here for updates.

Fill out this no obligation form and within minutes we will give you a free quotation, answer questions, or schedule an appointment. We promise to be friendly and helpful.

“This is a genuine what you see is what you get shredding deal! Lowest priced shredding is just a click away. ” Questions? Call or text me at (949)459-3278  When you fill out our contact form it will be delivered to only me. I will then contact you as soon as possible.
Thank you!
John Chapman(owner)

No added fees or service charges.
★★★★★See all reviews or Review Us